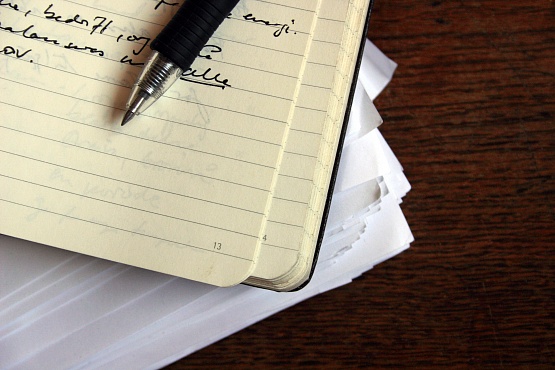 How to Start a Writers Group That Actually Works—and Lasts

It’s easy enough to start a writing group—just put an ad on Craigslist or solicit people through social media and bingo; you’ll have a crowd of professional, beginning and wannabe writers wanting their work critiqued. But establishing a group that actually functions well and lasts is a whole other story. Following are seven tips based on my own personal experience.

1. Establish a leader. Despite the fact that a writing group needs to be flexible in order to stay alive, there needs to be somebody to act as the “glue” to keep it together. Usually that’s the founder of the group—whoever placed the ad to attract other people to join it. But even if your group happened to form spontaneously after, say, a bunch of people in a writing class all agreed that they’d like to have a group, make sure to choose someone to deal with all of the little formalities, like making sure that everybody emails their work to be critiqued by a certain deadline or that the group finds an alternate date to meet in case of inclement weather.

2. Keep it small. I’ve been in writing groups of anywhere from three to 10 people, and from my experience, a group of three to five works best. You want to make sure that you have time to read everyone’s work for every meeting, and if you have too many people involved, this can become an onerous task. After all, most people in writing groups have jobs and families, and each member deserves to have his or her work read thoroughly and carefully.

3. Vet all members. Very often, friends of friends will hear about your group and want to join. That might be just fine, but no single member of the group should ever invite or admit anyone else without the blessing of the entire group. Why not? A few reasons. First, everyone in the group should be on relatively the same level. It just doesn’t work if everyone isn’t working at the same rate or doesn’t have the same level of seriousness and commitment. Having, say, an established journalist with a lengthy career who’s writing his or first book-length work and someone who’s never written, but now has decided to do it just doesn’t work. Similarly, having people working in distinctly different genres doesn’t always work either.

4. Meet and contribute regularly. I’ve been involved in groups that met weekly, bi-weekly and monthly. Some required work to be emailed for critique exactly one week before the meeting, for others, the cut-off was a few days beforehand. How often you meet and how much time you need to read and comment on each piece—which you will then bring to the group bearing tracked changes or handwritten comments—depends on how busy everyone in the group is. For our group, every other week with all material submitted up to three days before the meeting works best. If anything comes in later than that, it’s saved for a later meeting with no exceptions. Whatever timing works for you, stick to it.

5. Set a specific structure from the very first meeting. If I could only offer one take-away it would be this. First of all, decide which genres of writing are acceptable and which are not. People who love fiction, for instance, don’t necessarily “get” poetry. And a mystery writer might not want to read a children’s storybook. Once you’ve decided which genres your group will cover, choose the format in which you want to read the work. Make sure that everyone contributes a maximum number of pages for each meeting in a specific font size. (We prefer up to 20 pages of Times New Roman 12 pt., double-spaced, which is the standard style for manuscript submissions to publishers and contests.) Similarly, each person in the group should present the writer with a printout of the critiqued material as well as speak their comments in the group. Generally, we devote about 30 minutes of discussion to each 20-page piece, with each member commenting. Since we currently have four members, our meetings last about two hours each, with an extra 10 minutes or so at the start or finish for a cup of tea and some friendly chitchat. It isn’t fair to spend an hour on one person’s piece and then just skirt over someone else’s in 15 minutes. When it comes to a writers group, all things should be as equal as possible. After the commentary, the writer is allowed to ask questions perhaps asking for further clarification or for feedback on other ideas for improvement. 6. Submit your work regularly. You’re in a writers group because you want to grow and improve as a writer, so even if you don’t feel your work is 100 percent complete and ready for work, it’s better to submit it than to skip a week. In our group, we allow members to bring us outlines, plot points and character sketches as well as pages of prose. We also allow writers to point out in their manuscripts where they need to figure out a transition or do a bit more research on a telling detail. It’s great to find out early on whether an idea is plausible or a character is likable before you’ve spent a lot of time on it.

7. Speak up. If the group isn’t working, regardless of how, and you’re not getting what you need, don’t be afraid to propose changes—whether that means asking people to show up on time, changing from meeting in person to Skype, or kicking someone out of the group. In order for the group to help shape each of its members’ writing into the best that it can be, everyone in the group must be fully and equally committed to it. That means faithfully reading each and every piece of writing before every single meeting and providing objective, constructive criticism, regardless of any difference in personal sensibilities.

Susan Piperato is a Hudson Valley-based magazine journalist as well as a book and magazine editor. She works full-time for a major business magazine publisher in New York City. Having written short stories and memoir on the side for several years, she is currently working on her first novel. She has been workshopping its various chapters in two successful writers groups for the past two years.