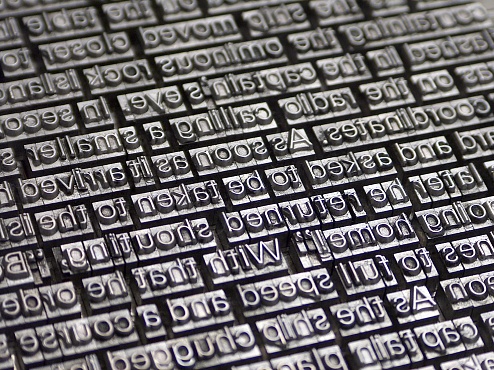 Below is a goldmine of information for aspiring authors. One of the lessons to learn from small presses is the importance of winning awards in establishing an author’s credibility and sales. Below is a list excerpted from a recent article in Publishers Weekly . (link here—see below) The excerpt is from a letter sent from David Steinberger, the President and CEO of Perseus, to his publishing clients at Consortium. As you go through the awards and the publishers who won them, see if you should submit for an award or publication, or if there is otherwise something to learn. Happy hunting!

*I am using the term ‘traditional small press’ to signify publisher-funded publishing with distribution to bookstores and libraries.

April saw the Pulitzer Prize for Drama awarded to Consortium client TCG, for Between Riverside and Crazy by Stephen Adly Guirgis, capping an award-filled thirtieth-anniversary year for Consortium. Preparation for the Next Life by Atticus Lish (Tyrant Books) was awarded the PEN/Faulkner Award for Fiction; Shackelton’s Journey from Nobrow/Flying Eye won the Kate Greenaway Award; and Gabi, a Girl in Pieces by Isabel Quintero (Cinco Puntos) won the ALA Bill Morris Award for Best Children’s Debut. Consortium clients also had NYT Bestsellers in Rad American Women A-Z by Kate Schatz and Miriam Klein Stahl (City Lights); and Robert Moses: The Master Builder of New York City by Pierre Christin and Olivier Balez. Other notable titles included A Stranger in Olondria by Sofia Samatar (Small Beer), which won best novel at the World Fantasy Awards; and A Face in the Crowd by Valeria Luiselli (Coffee House), which won the Los Angeles Times Book Award for First Fiction. Four titles were named NYT Notable Books, including Thrown by Kerry Howley (Sarabande); A Girl is a Half-Formed Thing by Eimear McBride (Coffee House); The Jacket by Kirsten Hall, illustrated by Dasha Tolstikova (Enchanted Lion); and Hansel and Gretel by Neil Gaiman, illustrated by Lorenzo Mattotti (Toon Graphic/Toon Books). “Father Comes Home from the Wars (Parts 1, 2, 3)," by SuzanLori Parks (TCG), was a Pulitzer finalist in drama while “Compass Rose,” by Arthur Sze (Copper Canyon Press) was a finalist for poetry, and The Red Notebook, by Antoine Laurain (Gallic) was an Indie Next Pick. In the end, Consortium delivered the highest annual sales in its history. Congratulations and thank you...